Why is extra education needed in Botswana? 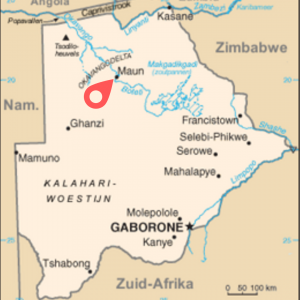 Botswana is a large country. Until 1966 the country was under British rule. Since its independence, Botswana has been doing well in comparison with other African countries. The country has a stable democracy. Despite this stable political situation, the country is experiencing a lot of (poverty-related) problems.

In Botswana, 26% of the population struggle to eat a nutritious meal. Botswana stands at second place among countries with the most HIV-infected persons (25.2% of the total population) and there are an estimated 130,000 AIDS orphans (UNICEF). According to a report done by UNICEF in 2011, they found that poverty and economic marginalization is prevalent among women and female-headed households. Women typically earn a significantly lower income when compared to their male counterparts.

Furthermore, the education system in Botswana does not focus on careers and on the development of entrepreneurial skills. Especially in rural areas the development of these skills is important as it gives them the best opportunities for leading a life out of poverty. As over 60% of the population is under 30 years there is an enormous potential.

If these young people are empowered to achieve financial independence, it would make a big national difference. Therefor StartUp4Kids wishes to offer children, youth and women financial and social education) to increase their prospects for a better future.

Together with our local partner, Travel for Impact, StartUp4Kids wishes to provide social and financial education to vulnerable children, youth and women in the Maun region in Botswana so that they get extra opportunities for a better future. In May 2019 we trained 17 teachers and facilitators from Travel for Impact, Tsodilo Secondary School, Women Against Rape, Students Against Rape, Bana Ba Lesatsi, Rhino Conservation, Khwai Preschool and Feed a Child. Together we will make all arrangements for implementing the Aflatoun program for children and youth. A pilot for fifteen women will already start the end of 2019.

In January 2020 all projects will start implementing the Aflatoun program and we will reach around 400 children, young people and women. 2020 is seen as a pilot, after which we can scale up the programs and improve the quality of education.

The team in Botswana

The Aflatoun team in Botswana consists of a project coordinator from Travel for Impact, Tumie and from StartUp4Kids, Katja. They will support the school teachers and facilitators of their partners.

Want to know more? Contact the one who is responsible for our project in Botswana: Katja Visser via katja@startup4kids.nl.